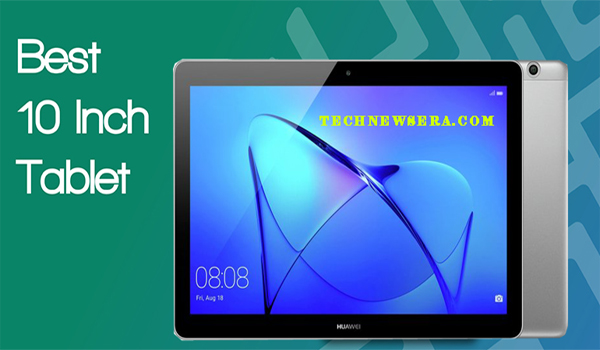 Tablets have gained a lot of popularity among students, travelers, doctors, and almost everyone in any profession. Tablets, small computers as some prefer to call them that way, have been a rising trend for various reasons. One, compared to laptop pricing, tablets are often cheaper. If you are generally using your laptop for lightweight web browsing i.e., Facebook, emails, etc, it’s actually better buying a tablet that costs $100 to $1000 compared to laptops you would be using for the same thing that often costs a price ranging from $500 to $3000. Two, tablets are excellent portable entertainment systems, and they are always handy while giving presentations.10 INCH TABLET

Not only does having a tablet bring with it several advantages, having one with a bigger screen can bring more benefits and fun with it. A tablet with a large screen, first of all, often means increased productivity; therefore, this means that you can perform more tasks very quickly compared to ones with smaller screens. Two is that a large screen is more comfortable for the eyes if you have a file that has lots of pages to scroll through, you can solve this by a big screen that displays all of it in one page.

A 10-inch tablet is a relatively big screen tablet to offers you several advantages and even more excellent user experience. Over the course of the years, several manufacturers have produced several models of the 10-inch tablet to the market. I have done the research and compiled a list of the best 10-inch tablet on the market their full features and specs for you to be able to choose from.

Number one on the list for the 10-inch tablet is the 2019 Apple iPad. This is the latest installment into the iPad family, and cheaper compared to the other iPads. It comes at a price just starting around $320. This iPad comes with several improvements compared to the earlier installments.

The new development on this 2019 iPad is that it’s bigger; it comes at a 10.2-inch retina display, which is a higher resolution. It has vivid colors and an uninterrupted viewability from different angles. The other significant addition to this model is the Smart Connector, which is excellent if you want to hook the Apple magnetic Smart Keyboard. This Apple iPad runs on a brand new version of IOS called iPadOS and has a 3GB of RAM, which is good at multitasking. The iPadOS has a unique feature the Split View mode, that lets you have two apps running side by side at the same time, each occupying half of the screen.

This tablet has enough power for light gaming too. The battery life is pretty good, and it can last up to 10 hours. The tablet has a fantastic 8MP rear-facing camera, and you pretty much have access to the Apple App Store. It has fixed storage of 32GB, and if you want more room, you will need to add extra bucks for the 128GB. The downside of this tablet is that firstly, it has fixed internal storage with no way of expanding it. Secondly, it is a bit heavier compared to other models and has no headphone jack.

At just a price of around $320, this is a pretty exciting tablet with some awesome futuristic features like the cylindrical stand with a built-in projector inside. It has a 4 speaker JBL and an enlarged spine. This kind of tablet is absolutely for someone looking for something a little more out of the box than the standard tablet design. It is a 10.1-inch tablet with an ISP display, which makes the tablet relatively great for movie watching. The unique thing about this tablet is its enlarged spine, which gives the tablet extraordinary flexibility meaning the screen can be angled in several countless directions.

tablet has a 13MP rear-facing camera and a 5MP front-facing one.

The projector on the tablet has a 15-lumen bulb that displays a maximum resolution of 840×480 pixels. It can technically project up to 70-inch, but you will start seeing a lot of pixelation. To get crisp detail, you definitely want to go with 50-inch. This projector works fine in complete darkness, and it is so challenging when there is any light present.

The cons about this tablet are, the overall quality of the tablet camera is not up to challenge with the rest of the cameras out here in the market today. For a 10-inch tablet, this is a pretty heavy tablet because of how they have packed a 10200mAh battery inside with the cylindrical hinge.

This 10.5-inch tablet has Oled HDR 10 plus display, therefore, it’s capable of playing HDR and has storage of 128GB and 6GB of RAM. But for a little more bucks, you can get 256GB of storage and 8GB of RAM, and even if you are out of room for space, you can add more space with the microSD card expansion.

This tablet only weighs 430g, and it feels weightless in your arms. It also includes an S pen that has a button, and it charges magnetically.

The Acer Iconia One 10 comes at just an affordable price of about $220, this 10-inch tablet is pretty much impressive. The tablet has a sleek metallic design that looks great. The Iconia One 10 has a modern Android operating system that’s the Android 8.1, a 32GB of internal storage and excellent speakers. It doesn’t have a good camera compared to other 10-inch tablets in the market; it has a 5MP rear-facing camera and a 2MP front camera.

The real downside to this 10-inch tablet is that it does not have a Full HD screen display. It displays a resolution of only 1280×800 compared to other tablets that display Full HD, 1920×1080. The Iconia One 10 touchscreen isn’t that smooth compared to other tablets. Due to the sleek metal design, the 10-inch tablet feels a little heavier than some other alternatives, and also its battery life isn’t the best.

Must Know:  What Are The Various Types Of Best Alternative Whatsapp?

Nevertheless, this is an affordable tablet if you only need it for the essential tablet use though it isn’t that fast and does have a fabulous display, it looks incredible in its design plus the fact that it comes with the latest Android operating system.

It has front-facing stereo speakers that are both on the left and right, and they sound outstanding. The Microsoft Home in S Mode is nice to use it with apps from Microsoft Store within Windows and accessories that are compatible with Windows 10 Home, and you can easily switch it off.

This tablet is great if you pair it with a Microsoft Surface Go Type Cover and a Microsoft Surface Pen. The downside to this is that they are sold separately. This tablet can serve as an excellent laptop replacement for students and professionals who need something for basic tasks like Word processing, video watching, and web browsing even though it won’t replace your gaming rig soon.

It also has good speakers that are powered by Dolby Atmos, which sound great considering the tablet price.

Tab A has a pretty solid battery life of up to 13 hours, a rear-facing camera of 8MP. The tablet is fast and easy to navigate, and the screen control works smoothly; therefore, swiping it is a breeze here.

The downside to Tab A is that it has 2GB of RAM on the 32GB model. Also, the tablet has Wi-Fi only no LTE, and although the speakers are outstanding, they are not that great. But overall, this tablet is excellent for an entry-level tablet for someone looking for a tablet in 2020.

This tablet made it on our list for the best 10-inch tablet. It comes at the cost of around $350, it’s an ultra-lightweight Android tablet and has a gorgeous screen of 10.5-inch. It has a sleek metal design, and it’s already loaded with Android 9.0 Pie. It’s available for both 64GB and 128GB of storage, both of which have expandable storage .

The tablet offers facial and fingerprint recognition of unlocking features. The Super AMOLED technology screen provides crisp and stunning visuals of a resolution up to 2560×1600. It’s pretty fast as it’s powered by the Dual 2.0GHz. The tablet also has a non-removable battery and the battery life is pretty solid. It has a rear-facing camera of 13MP and a front-facing camera of 8MP. The other downside is that it comes with unnecessary bloatware.

All in all, this tablet is worth the money as it’s attractive in shape.

How to download hotstar videos on pc and android

With the rapid advancement in the technological era, we are entirely dependent on technology for our entertainment, health and fitness,...