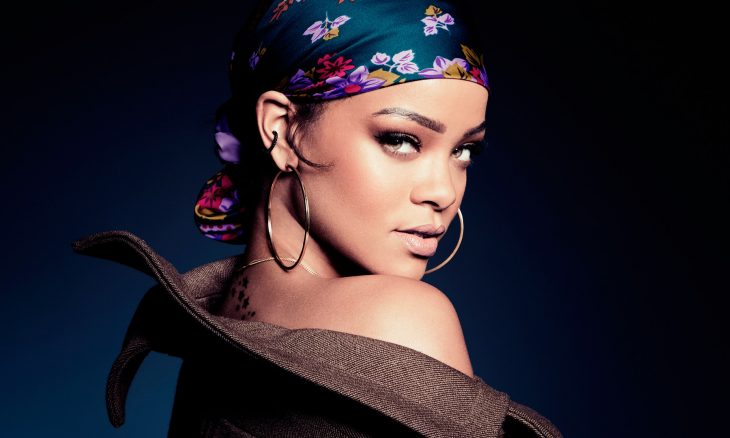 Rihanna has made her a powerful mark in the fashion and music industry in the last two decades and is recognized as the most successful and richest female musicians in history. But, her journey to success and stardom is a mix of struggling stories right from the start. It was her luck, strength and perseverance that brought her to this stage. Her life has been a roller coaster ride and sure it was not the smooth one.

Her story begins growing in the company of a drug-addicted father, a mother and two younger brothers on a small island in Barbados. Here’s to her determination and strength that held her get through the struggle and come out as a successful singer with a net worth of $600 million today.

Born on 20 February 1988, Robyn Rihanna Fenty was the eldest child of an accountant mother and father who was a warehouse supervisor in Saint Michael Parish on the island of Barbados. She grew up in a very small bungalow with her two siblings, Money was always scarce and yet she had to see her father returning home drunk, wasting half of his paycheck on crack and alcohol. If this wasn’t enough, his addictions would lead to physical abuse which was mostly for his wife but one day Rihanna, the little girl became the target for asking 10 minutes of extra time on the beach.

Her father’s drug-induced tempers and unending financial crisis made Rihanna a stubborn girl or rather say strong girl. Soon her father lost his job and the situation got worse. The house was always littered with smoking crack and Rihanna would walk in the home to see the drug paraphernalia all over. Over time, little Rihanna suffered from headaches which almost made her assume she had a tumor.

Rihanna has been a bright student in school but the situations back home affected her grades and the bullying in the school was also a reason behind this unwanted fall in her academics. Her peers would taunt for her lighter complexion which was a gift from her dad’s Irish descendence. Music was her only solace and she would lock herself in her small room to turn on the radio and sing along with her favorite Mariah Carey, Madonna and Janet Jackson. She would sing with a hairbrush in hand and these short-lived moments of peace and happiness made her feel she belonged here. From a very young age, Rihanna realized her future was in music. But, all she wanted was not possible on the small island of Barbados.

Rihanna was only 14 when her parents got a divorce and she was finally done with those crippling headaches. But she and her mother had to work to meet ends. While her mother started working full-time, Fenty worked as a cash register and sold clothes on the streets.

The 14 year-old girl was now the primary caretaker of the youngest sibling but her love for music was also taken care of. She drew immense inspiration from the legendary Bob Marley. She considered him as the idol for aspiring artists across the Caribbean. She always thought she would turn into a star but only when the right person heard her song. The first step towards her dream was to start singing in public and she did that by singing at a social gathering, at the beach and at the high school talent show. She won the talent show by singing ‘Hero’ by Mariah Carey.

With passing days, Rihanna turned into a tom-boyish girl and became a cadet with military training. She always refused to be vulnerable, at least not show it to people around her. It was an attitude she adapted because of those years of bullying and abusive behavior. She upholds it till date.

When 15, Rihanna formed a trio with her classmates. They would perform at several venues and one day, one of the three girls brought good news. Her friend’s mother supposedly had connections with the then famous record producer Evan Rogers. To her luck, Evan was in Barbados on a holiday with his wife. Rihanna just couldn’t let this chance slip away from her hands. She asked her friend to ask her mother to schedule an audition. Again her luck favored and they got a date to audition at Evan’s suite.

Must Know:  Angelina Jolie Net Worth: How She Makes Money (Updated 2019)

The girls waited nervously outside the suite. Rihanna regretted her choice of wearing a pink Capri and pink shirt but that turned out to be the one thing that made her stand out among the trio. It was her first-ever day with make-up on – she was nervous yet determined to face Evan Rogers.

Finally, it was their turn to enter the suite and as soon as they did, Evan as an experienced man in the music industry spotted Rihanna but suspected the pretty girl with green eyes and nervous yet charming smile couldn’t sing. Thanks to all the Gods, she proved him wrong.

The audition got over with the trio performing two trios and they were sent back home. Rihanna always hoped for a callback or at least a follow up from Evan. Soon Evan called and made a request to Rihanna’s mother to fly to the United States with her. After a few continuous visits to the States, Rihanna convinced her mother to move to Connecticut and they started living with Evan and his wife where she recorded her first-ever album.

Her debut topping the charts

Rihanna, when 16 year-old, recorded four tracks which included the jam called ‘Pon de Replay’. Her demo was sent to different labels, one of which was Def Jam Recordings, of which Jay Z was the then newly appointed CEO. He was impressed by the demo but thought the songs were a little too big for her to sing. But still, he called her in for the auditions to see what she was capable of.

Rihanna went for her first record label audition at the age of 17 and it was in front of the ever-popular rapper Jay Z. She spent the whole night deciding a suitable outfit for the day. The moment she started with ‘For the Love of You’ by Whitney Housten, Jay Z gave it away. He could just tell her from the resolute look in her eyes that this girl is going to be a star, no matter he stays by her side or not.

The following month was hectic but exciting for Rihanna, he worked with multiple producers for her debut album. The lead song was her favorite ‘Pon de Replay’. In May 2005, the song reached the second position on the US Billboard and was placed among the top five songs across the world. Rihanna was finally a known name in the music industry.

Eight months after her first album, she released the second named A Girl Like Me. Her track ‘SOS’ turned out to be the first no. 1 single and reached Platinum. She still remembers the wise words of Jay Z, “Don’t Change who you are, never forget where you came from and always stay humble.”

Once geared up, Rihanna never turned her back. She was far away from the troublesome childhood and days of sadness. She rose as a strong, independent and determined woman who knew her dreams and was set on the right path to achieve them.

At 19 years of age, Rihanna topped the charts and continued working with Jay Z. It was then when her smashing hit ‘Umbrella’ was released. Rihanna won her first Grammy Award for this song.

Rihanna decided to tale creative control and reinvent her music. She was someone who was always excited to try new things as monotony was not her thing. She decided to do something transforming for her image, like turning sexy from the cute-girl-next-door image. Her music videos were found more controversial and suggestive and the fanbase grew across the world.

When she was 21 years old, she began dating Chris Brown, a famous rapper of his time. Their relationship was a bit rocky and when they were on the 51st Grammy Awards, Fenty found some suspicious texts on Brown’s phone. She soon came to know that Chris was cheating on her and when she confronted, he turned aggressive. In the car on their way back home, came his first punch. Being a stern woman, Rihanna fought back. It was a hard-core battle inside and when she left the car, she was bruised and had strangulation marks around her neck.

In no time, the news was all over the media channels but this was not something that could stop her. She instead used this as the next step of her success story and became a voice of domestic violence by writing and singing songs with big artists like Kanye West and Eminem.

Her business ventures and net worth

Within a decade, Rihanna became the music sensation – a bestselling, singer, song writer and an actress with critical acclaim. As of 2018, she had sold more than 540 million albums all across the world. She has won numerous awards and is recognized as the youngest solo artist to achieve 14 Billboard music hits. She has also worked in Hollywood blockbusters, been named as a popular cultural influencer and even has a national holiday in her name in hometown Barbados.

But like always, she never settled. She established herself as a successful entrepreneur in the field of beauty and fashion. She has also launched her own cosmetic company in 2018 named Fenty Beauty.

Rihanna has invested her earnings into good use from a very young age. At 18, she formed the Believe Foundation with a motive to help terminally ill children. She has been the founder of numerous charity ventures from cancer research establishments to medical supply agencies for the disaster victims.

Her net worth of $600 million has been used for good use and she makes sure to continue influencing lives maintaining her powerful fighting spirit and dignity.

Her earning and investments

Today, Rihanna is one of the most inspiring and successful musicians in the world.