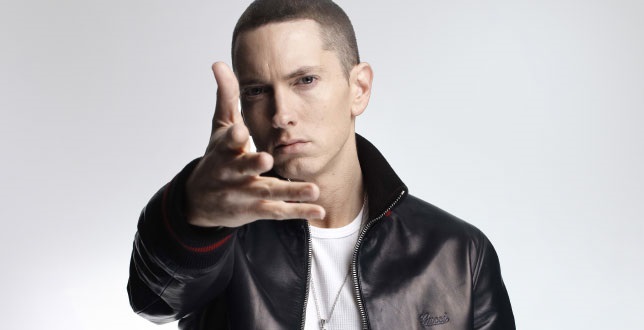 The journey from Marshall Bruce Mathers to becoming Eminem was started from the public housing works of Missouri and Detroit. For quite some time, he is proclaimed as the most successful rapper in the world. He had his debut in 1999 with “The Slim Shady LP.” Since then, he was unstoppable and became a magnet for the massive vitriol and adoration. He has a great contribution to the rapping industry. Eminem is the one who dragged rapping into the mainstream recognition with several diamond-selling albums in plethora, followed by 15 Grammy awards, and even Oscar nomination. He faced the ignited outrage of politicians for using violent and subversive lyrics in his every rap.

No matter what your stance is on the music, but Eminem’s huge success remains undeniable. With time the glory may be got faded away a little bit, but till now, Eminem holds the crown of a highest-selling rap album. So, keeping this success in mind, let’s know Eminem’s net worth in 2019.

The financial site Wealthy Gloria measured Eminem’s net worth in 2019, and that is $210 million, which makes him seventh in the list of most wealthy rappers.

Marshall Mathers, aka Eminem, was born in St. Joseph, Mo. on October 17, 1972. While an infant, his father (died recently) abandoned his family. Once Eminem claimed that he had written many letters to his estranged father who moved to California and had two kids there, but all those letters came back to him addressed as “return to sender.”

So, Eminem was brought up by his mother who was suffering from mental illness, and substance abuse kept her away from having any stable job. Mather’s childhood was not so good. He was thrashed continuously back and forth between Detroit and Missouri and taken care of by other members- his uncle, aunt, and half-brother.

He attended 30 different schools but failed to make friends. As Detroit is mostly of a black neighborhood, he got bullied several times in school and even in his neighborhood. There was an awful incident when classmates flipped him on his head that leads him to stay in a hospital for five days, unconscious with cerebral hemorrhage.

He literally struggled in school and failed the 9th standard for three-times consecutively. He lived with his passion for comics and storytelling before the rapping. Eminem’s passion kept him alive against all the odds. He started studying the dictionary and got his own command over the language that results in the rap songs he has written next.

His love for the music was visible to all his family members. At the age of 14, he started competing in different rap battles happening around Detroit. At 17, Eminem was dropped out of Lincoln High School in Michigan and started doing odd jobs to support himself and his mother while pursuing rap on the other side.

It was hard for Eminem to reach the peak of global success. As we mentioned, after dropping out of high school, he started doing some odd jobs like dishwasher, cook, a factory worker. He got involved in a relationship with a runaway named Kim Scott. She moved in with him and his mother at the age of 13 and then Eminem was 15. Eventually, they had an unplanned child named Hailie Scott in 1995.

He made a name in the underground rap industry of Detroit and released his first album “Infinite” after that as an individual. Well, it was a complete flop and could hardly make a name within Detroit. The album was only based on his life story of raising a daughter alone and lacked the dark comic. Talking about “Dark comic,” this is the trademark style of this rapper now. The first album commercially flopped, as we mentioned. Next, he started putting 60 hours of a week only in cooking, washing dishes just to mould himself as a harsher, aggressive and angry man. Next, he accumulated his nihilistic alter-ego and created Slim Shady that become popular like wildfire.

After this, he was thrown out of his job without warning at the age of 25. His girlfriend was living with him along with their daughter, in this poor financial condition. He had grown an affinity towards drugs and almost took his life by overdosing Tylenol. But it didn’t work, and he got escaped by the edge. Soon after this incident, he got a call from the emerging rap artist and an advocate Wendy Day who told him about the prize of worth $500 and a Rolex; then he entered the Rap Olympics L.A in 1997.

Just one night before the performance, he entered his house and got the notice of eviction. That time he had nowhere to go, so he slept on the frozen floor of his earlier residence and woke up the next morning to go for the competition. The vibe of the surroundings the craze of the crowd, everything took away the pain of all the struggles of these many years. He went on to the stage held the mic and the crowd broke into yelling. But he lost the battle to a local a bit of famous rapper and came back empty-handed. But before that, he went to an employee of Jimmy Lovine’s who interstate records and gave him his CD- “The Marshall Mathers LP.”

Well, we must say, the CD found its way and provide Eminem with the taste of success. N.W.A veteran, Dr Dre. Immediately got impressed, overlooked the doubts of working with a white rapper and asked him to fly in. Dr Dre. provided his studio to Eminem and asked him to live in a trailer home with his mother. At this time he started working in “The Slim Shady LP,” and then the rest of his life is history.

“The Slim Shady LP” let Eminem taste the success instantly after releasing. Over 3 millions of albums were sold, and Eminem bagged the Grammy award for the best rap album. But the lyrics of this album incited thousands of Americans and Eminem got dragged into a controversy.

Must Know:  Ariana Grande’s Net Worth 2020 and Success Story

Eminem was fueled entirely by the pop culture followed by resentment over this newly found fame, and of-course the drug-fueled stint in Amsterdam, within all these “The Marshall Mathers LP” happened. And within a week, this CD became the fastest-selling rap album for all time, and almost more than 1.7 million copies were sold worldwide. Till now, it is the highest-selling rap album of all time.

Slim Shady not only made Eminem a commercial blockbuster but also gathered quite a lot of praise. Next, it has become the most essential in the hip-hop’s canon followed by some superb hits- Rolling Stones, Q and Times, Complex and Pitchfork, which was the most excellent album of 2000. Eminem used lyrics like “You think I give a damn about a Grammy?” Despite that, he was nominated for Grammy’s award. Even just to give it back to those people who criticised him as a homophobic he performed a duet with Elton John.

In the year 2002 Eminem was at the peak of his career. Then he made “The Eminem Show”, and it was his third blockbuster. After that, Eminem teamed up with the “LA confidential” director Curtis Hanson and the film “8 Mile” made. It was a semi-autobiographical movie featuring Eminem’s childhood and Jimmy Smith’s storyline.

Mathers took acting as a challenge and went through some intense boot camps, worked for 16 hours per day to develop skills. He got a real valuation of his hard work as the film was a commercial hit. It made almost $242 million when the budget was as low as $41 million. Also, he bagged the Oscar for the best original song, this is the first rap song which won the Oscar, and it was so unexpected that Eminem wasn’t even there to attain the ceremony.

After the less successful album “Encore” he didn’t make any music for quite a period. Then he got engulfed by personal problems completely. He arrived into a court battle with Kim Mathers, whom he remarried and re-divorced in 2006, regarding the custody of their daughter Hallie. Then, in the year 2007, he landed up in the hospital again for drug overdose and was saved from death by the edge yet.

This time help came from one-time collaborator Sir Elton John. He fought with his addictions over quite a decade but finally kicked it out with a little help from his friend in the early days of 2008. As soon as he recovered, he created a highly autobiographical album “Recovery” and released it in 2010. This album was another superhit. Songs like “Not Afraid”, Rhianna-featuring “Love the Way You Lie” are in this album. And it became the turning point of his life.

Well, despite having a successful career, he got into different controversies. You will get a lot of Eminem controversies on the web.

However, in spite of all of these, Eminem’s success story is an inspiration to many. If you think his story of success also inspires you, let us know in the comment box below.