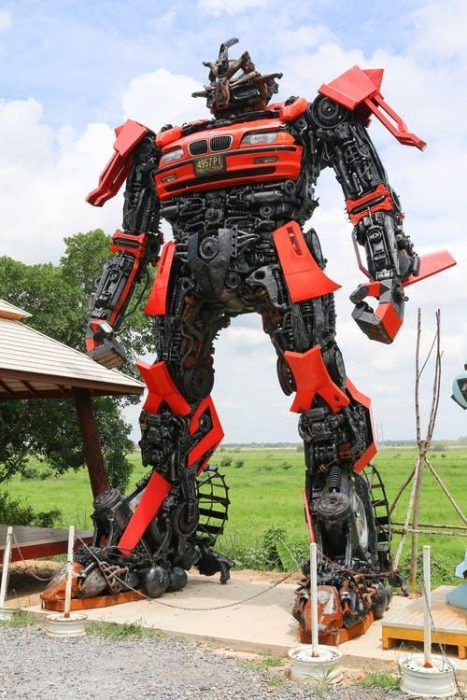 Do you know the history of one of the most revolutionary weapons of all time?Artificial Intelligence Technology
Which weapon? The Gun. No!!
Here is what I found on Wikipedia:
“The first successful rapid-fire firearm is the Gatling Gun, invented by Richard Gatling. Fielded by the Union forces during the American Civil War in the 1860s.”
The person who invented it would not have the intention to use it against others until it was not questioned of his survival.

But he did not know that he changed the way we fight wars forever.
I do not need to tell you the number of innocent lives this invention has managed to destroy so far.
After more than 150 years, Many nations have weapons that can destroy this whole planet several times.
Today we will discuss some of our time’s most disruptive technologies and how they are influencing our world.

Do you have a Facebook account? What about Instagram and Whatsapp?
Am I kidding you? Almost everyone who has access to technology is using these social media platforms.
You know very well that anybody in the world who wants to connect with you can contact you anytime.
Isn’t it a great thing? It is indeed.

But do you know from Facebook itself to your employer can use all your private information? You post every day to influence you to make some individual choices?
People can not only analyze your behavior, your interests to understand your decision-making ability. Other attributes of your personality and can influence your buyer choices, cultural, religious, and political views.

And think about it if a politician hires a group of experts to win your trust by using social media and become the prime minister of your country.
It happened in India in 2014 when a state leader suddenly emerged as a national leader and changed the history of democracy in India.
Social media has significant power to create new needs and inspire our decisions.
We must consider it before it’s too late, and we lose our identity.

Must Know:  How does zoom work- Instructions you need to use Zoom

Your children think Smartphone is a toy:

Parents feel proud when they gift their children a new computer or a smartphone.

But they forget to explain how to use it for exploring the world.

Soon this new gift becomes a toy for your children and your life is so busy that you never get a chance to monitor what your children are doing with these devices.

They have a whole world to discover than their natural curiosity takes them to the places they are not even ready for.

Children are so addicted to video games, YouTube videos, and social media that this addiction sometimes leads to a personality disorder.

Now they don’t participate in sports and outdoor activities as they used to do.

Spending so much time on their phones or computers is not only affecting their physical health but also their mental health.

It has changed the way they interact with each other and their relationships as well.

There is no doubt technology help in learning but we can not avoid the negative impacts it is causing.

The solution to this problem is that parents and teachers must take the responsibility to aware their children about how to utilize the technology for a better future.

A computer can beat the planet chess champion and understand voice commands on your smartphone; however real Artificial Intelligence Technology has yet to arrive. The pace of change is quickening, though.
Some people say it’ll save humanity, even make us immortal.
Others say it may destroy us all.
But, the reality is, most of us don’t really know what (Artificial Intelligence Technology) is.

One side we are making the robots who have the ability to think, to create, to measure their own while the other side we assume that we can control them.

If you remember James Cameron’s movie  ‘The Terminator’ you can predict easily what future Artificial Intelligence Technology can bring to us.

In this movie, robots build an army of robots on their own to destroy the human race.

The day is not far when the powerful nations of the world will start investing more and more to create a robot force to fight their battles.

These all are imagination but even it is scary.

It is true that our only intention after Artificial Intelligence Technology is to help humanity grow beyond the limitations.

But when Artificial Intelligence Technology will be available to people who have more destructive worldviews and mindsets.

Terrorists like Osama Bin Laden can use it in a way we won’t even prefer to imagine.

Powerful nations have already begun the competition to develop AI as they know that the next leader of our world will be the country that will become the pioneer in this field.

I have gathered some statements made by authors, scientists, and inventors to let you know how the world is alarmed on the worst possibilities of the future of AI.

“The pace of progress in Artificial Intelligence Technology (I’m not referring to narrow AI) is incredibly fast. Unless you have direct exposure to groups like Deep mind, you have no idea how fast—it is growing at a pace close to exponential. The risk of something seriously dangerous happening is in the five-year timeframe. Ten years at most.” — Elon Musk

“You have to talk about ‘The Terminator’ if you’re talking about Artificial Intelligence Technology. I don’t think that an artificially intelligent system that has superhuman intelligence will be violent. I do believe that it will disrupt our culture.” — Gray Scott

“By far, the greatest danger of Artificial Intelligence Technology is that people conclude too early that they understand it.” — Eliezer Yudkowsky

“I visualize a time when we will be to robots what dogs are to humans, and I’m rooting for the machines.” — Claude Shannon

“I don’t want to scare you, but it was alarming how many people I talked to who are highly placed people in AI who have retreats that are sort of ‘bug out’ houses, to which they could flee if it all hits the fan.” — James Barrat, author of Our Final Invention: Artificial Intelligence Technology and the End of the Human Era

I think the time has come when we need to consider some regulations and laws for the technology we have created.

Because being the most intelligent creature on this planet. We think that only our existence matters but what about other millions of species?